Video Helps Domestic Violence Victims — When Courts Have It

Domestic violence survivor Kristen Faith wishes she’d had the opportunity to obtain a temporary restraining order by video — an option in some jurisdictions, but not others — from her abusive partner in 2011.

After three years of physical, sexual, emotional and financial abuse, the breaking point came one day while he was viciously biting her arm, Faith recalled in an interview with Law360. Yet the prospect of facing him before a judge to get a restraining order made her so nervous she threw up in the courthouse parking lot, she said.

“It’s not well known and I feel like, in situations like this, it’s almost necessary for people to know that it exists.” 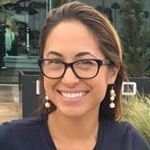 Days after the restraining order was granted, Faith formed Break the Silence Against Domestic Violence, a nonprofit network of survivor-volunteers who offer various services. She said she’s since met several people like herself who have questioned why the video conferencing wasn’t offered where they were seeking services.

“It’s not well known, and I feel like, in situations like this, it’s almost necessary for people to know that it exists,” said Faith, who lives in Colorado Springs, Colorado.

Technology has made it possible for domestic violence survivors to quickly obtain temporary restraining orders with a judge from safe havens, such as victim advocacy service centers and even hospitals. But even though all courts allow the technology, it’s not necessarily available everywhere.

The culprits are limited court budgets, poor Internet reception in certain areas and a lack of training, according to attorneys and advocates for domestic violence survivors, who say even tracking where it’s implemented is difficult in the 3,500 state courthouses in the nation.

The earliest incarnation of courtroom videoconferencing dates to the late 1990s, and the technology has become more common in the last eight years or so, according to Liberty Aldrich, managing director and legal counsel for the nonprofit Center For Court Innovation.

Now, domestic violence survivors can seek temporary restraining orders via video appearance in certain counties in Oklahoma, Oregon, New Jersey, New York, North Carolina and the District of Columbia, according to anecdotal evidence from the center and the Washington, D.C.-based National Center for State Courts.

Typically, the conference is initiated by a social worker or volunteer who calls the court and connects to a staffer who interviews the survivor and sets up the conference.

Aldrich and others say it brings peace of mind for those fearing that an abusive partner may follow them to the courthouse, and convenience for those grappling with issues such as limited transportation and child care logistics.

In New York City, the technology helped one domestic violence survivor whose abuser lives on the same street as the courthouse, according to attorney Jennifer Friedman, director of Sanctuary for Families’ Bronx and Manhattan Family Law Projects.

“Folks who are experiencing violence at home often have to go to multiple locations to get services. If you can reduce that, you can dramatically improve their ability to feel safe.” 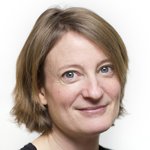 In another situation Friedman recalled, a woman’s husband threatened to show up at court at the same time to file for custody of their children.

But a stubborn gap in the technology’s availability is on display even in the Big Apple, where the service is offered in Manhattan, the Bronx, Staten Island and Queens, but not Brooklyn. Friedman isn’t sure why, and city court administrators did not return a request for comment.

Videoconferencing with a judge takes more than a cellphone and Skype account, according to William Raftery, a senior knowledge and information services analyst for the National Center for State Courts. A courtroom videoconferencing system means spending money on a system that must meet security requirements, Raftery said.

While courts where the technology is in use didn’t respond to questions about the cost of implementing such a system, Raftery noted that the cost would vary widely because courts “come in all sizes and budget levels.”

In California, for example, Los Angeles County Superior Court has 38 courthouses and a “massive” budget, he said, while Alpine County has a single courthouse serving its 1,100 residents.

That’s a lofty endeavor for financially strapped judiciary systems. And technology gaps can be pervasive, particularly in rural areas that still use a dial-up connection in the absence of broadband availability, Raftery said.

“So, there’s infrastructure, technology and the financing,” Raftery said. “It really comes down to, do you have the resources to do this?”

Another reason videoconferencing for domestic violence survivors has been slow to catch on is the potential danger of an unsecure connection, said Erica Olsen, director of the Safety Net program in the National Network to End Domestic Violence.

Olsen, who trains attorneys and law enforcement officials on technology safety, mused about the “horrible” possibility of an abuser hacking into a courtroom videoconferencing system.

Friedman said training gaps are another obstacle. Court staffers, domestic violence advocates and attorneys all need to have technology training in order to help survivors use the system, she said.

“It really comes down to, do you have the resources to do this?” 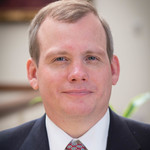 The traditional structure of family court proceedings can pose a challenge in and of itself, according to advocates. For example, judges rely on face-to-face contact with those seeking restraining orders to evaluate the credibility of the applications, according to Friedman.

“Amazon is built for online purchasing. Family court is built for people to come to the courthouse,” Friedman said.

In contrast to urban centers such as New York, the ability to videoconference can be especially important in remote areas where people can have a hard time getting to the courthouse. Alaska courts allow individuals to obtain temporary restraining orders via telephone when necessary, but videoconferencing isn’t possible since many of the state’s rural courts and communities don’t have the bandwidth to support the technology, said courts representative Mara Rabinowitz.

Compounding the inaccessibly is the state’s climate,  according to Christine Pate, the legal director for the Alaska Network on Domestic Violence and Sexual Assault.

“Several of our locations, cities and towns are only accessible by airplane or boat. Weather can be extreme,” Pate said.

Limitations aside, advocates expect to see use of videoconferencing continue to grow, although maybe not as fast as they would like.

One key point for domestic violence survivors to remember is that they’ll still have to physically appear before a judge to get a permanent protection order, Aldrich said.

However, video conferencing can ease the first step in a crucial process.

“Folks who are experiencing violence at home often have to go to multiple locations to get services. If you can reduce that, you can dramatically improve their ability to feel safe,” Aldrich said.

Have a story idea for Access to Justice? Reach us at accesstojustice@law360.com.